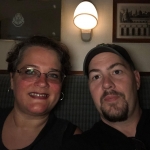 My Vegan Story :
My husband and I watched What The Health and immediately we were plant based. We had our three young teens watch it the next morning. We homeschool so this was educational and we told them to do research after watching it and then they can make the choice of whether a plant base diet is the best for them. We never want them to say we forced them into anything.

After the documentary they all cleaned out our pantry, fridge, and freezer and we went grocery shopping. Four days later my husband and I watched Earthlings... that morning, my husband said he could never be vegan because he loves his leather jacket. Well after we watched Earthlings, he didn't say a word. He got up, took his jacket out of the closet and said, with tears running down his face "I will NEVER wear this again". He gave it to Good Will and he threw away his leather wallet.

Our oldest son found vegan leather wallets for them. We didn't let the kids watch Earthlings but I would try and tell them about it and every time, all I could do was cry. That was enough for them. We did buy the video so that if at any time they want to watch it they can.

Our oldest son, who is now almost 18, graduated from college 2 weeks ago. In one of his classes, the semester after becoming vegan, he did a report and presentation about it. The whole class was crying and his professor finally told him he could be done. He got an A. After class he was bombarded in the all with questions from classmates of all different ages and walks of life. That was a very proud moment for this mama.

This last semester in his ethics class, his professor knew he was vegan and for the final oral debate his group had to defend why animal testing is good. The professor is also vegan and told my son that he put him in this group on purpose. My husband and I didn't know anything about this until after the it was over. He said everyone in the class was supposed to stay quite during all speeches and not even clap. He got up there and said, in short "Without animal testing, our would would be in ruins because if the radioactive spider didn't bite Peter Parker, then the Green Goblin would have destroyed the world". He said the class erupted in clapping and laughing. The professor just looked at him, grinned and nodded his head. He received and A for that one too.

So we are vegan for the animals and we have never looked back. We owned a very successful bakery for 10 years making those big beautiful cakes that you see on TV. We were not on TV even though everyone told me I need to be. We closed down the business the day after we watched Earthlings. It was a no brainer. I wasn't going to purchase animal products anymore.

We still had orders on the schedule for the following year and I fulfilled those but I didn't take any new orders. The business was officially closed and out of business August 2018 but I still get weekly calls of people begging me to make their cakes. I politely tell them no.

We have learned so much in the past two years. We started a new business, vegan candles. They're 100% made in the USA, nontoxic, etc., and after 8 months of research and development we launched April of 2018. When we go to markets, shows, events etc. we get to meet and educate people about veganism, why our candles are vegan, what we stand for, and why we are vegan. And they get to see that vegans are not assholes like the world makes them out to be, lol. Well, some are but you have those in every group.

People love our product and what we stand for. Our customers keep coming back whether they find us at an event that is listed on our online calendar or by ordering on our website. We were even on a lot of Christmas lists this past Christmas so that was kind of cool. When our kids are grown and able to be on their own, in about 2 years, my husband and I are going to RV full time and travel our country going to markets, events, shows, etc. that are vegan and non vegan to meet new people, educate, and sell our candles. For right now we stick with the few states that are in a 9 hour driving distance.

This is our story. I can't wait to see how it grows over the years!

My Vegan Story :
I have been a proud vegetarian for 20+ years now and vegan for the past few years. 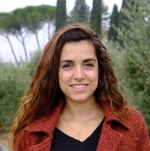 My Vegan Story :
Hi! I'm Ambra, a English, German and French to Italian translator, and owner of Ambra Translations, an international network of passionate, top-notch native translators from all over the world!⠀
⠀
Since 2011, my team and I have helped European and American companies expand their business in the English, French, German, Spanish, Portuguese and Dutch-speaking markets, and attract new customers by providing translation, proofreading, localization and editing services. ⠀

Our focus is on vegan and sustainable companies that share the same values and respect for animals, the environment and human beings.

My Vegan Story :
We are passionate about living a healthy and active lifestyle.

My Vegan Story :
I wanted to lift weights, but not eat so much chicken and fish. Looked for recipes, found lots of Videos and disturbing Info, 2 months later, after listening to a Reporter tell about her experience in a slaughterhouse, I told my husband I'm never eating animal products again.
I showed hin the Video, and he went Vegan the next day.

My Vegan Story :
I read "Eating Animals" and my entire mindset was changed. 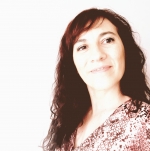 My Vegan Story :
I'm not exactly sure at what point I adopted a vegan lifestyle. It was several years ago. If I had to guess, I'd say maybe 2014? 2015? Not sure, but it is the best decision I ever made for my ethics, my health, the health of the planet and for adherence to my innate authentic self.

My Vegan Story :
I went vegetarian as a teenager, and have been evolving on my plant based journey since then, which was age 15. It has now been 31 years since I’ve eaten meat. The unfortunate part of this story, is that I found my way to being vegan only 4 years ago. Being vegan is the best phase of my existence. Nothing tastes as good as vegan feels. And, the only thing I regret about being vegan, is that I did not do it sooner. Way sooner! I’ve cried many years over this. And, kicked myself. But, I’m up and dusted off now. And, I’m fighting the good fight for all creatures great and small from here on out.

Find awesome listings near you!